The advent of e-commerce saw intense competition among companies, locally as well as globally, in taking their business transactions online. The next phase of competition would be on who can come up with a better predictive model on what a customer is going to buy next. But the algorithm that goes into e-commerce analytics is complex. No two customers show the same buying behavior. Hence e-commerce portals are using recommender engines to show customized set of recommendations, which is different for each buyer. What they see will be crafted as per what they like, what things they plan to buy, what their family and friends around might have bought or what people with similar buying profiles might have bought before. The objective of such predictive algorithms is to record the buying behavior of customers every moment in real time, and come up with what they would be interested in buying next. Algorithms can process a lot more data as compared to humans, and can arrive at smarter decisions. Thus they have played a crucial role in increasing the sales of many popular e-commerce players. Today, around 40% of Snapdeal’s total sales are driven by predictive algorithms, and the number is only increasing significantly year on year. Similar algorithms are being used by Uber to optimize its downtime, which helps its drivers get a better picture on demand variations and help them get more trips. This in turn gets more cabs on the road, balancing the supply and demand equation in real time. Facebook News Feed is powered by algorithms which decides on what news piece its 1.4 billion users get to read, customized to each one’s preferences. The sophisticated algorithm engine called EdgeRank identifies what users most like to read, and its results vary around the world. The application of algorithms is seeing a shift from productivity based in the back-end to a core selling model at the front-end, even providing inputs on what kind of products or services a company should choose to offer. But it is not only the global giants like Facebook and Amazon, local start-ups like Zomato and Socialcops are deeply into it. The now ubiquitous algorithm is becoming one of the most important tools to manage large scale operations, speed of execution and diversity of human nature. Online retail startups are using algorithms to predict the demand and order the right amount of quantity from suppliers, thereby drastically minimizing inventory costs.

As customers are using smart devices more and more to search the internet for jobs, pay bills, buy products online, search for information, look for directions, or simply browse, the more digital footprints they leave behind. Algorithms are continuously picking these up, and processing them to come up with intelligent customized choices, in line with their preferences and buying behavior. But accuracy depends on the data. Thus start-ups are finding it difficult to use them in a meaningful way, since they are just starting off and hence lack the availability of treasure troves of transactional data or digital footprints. They have to start from scratch, collecting data and learning about user behavior, ticket sizes and transactions. But they are investing in creating those intel to understand user patterns. Socialcops, a Delhi based start-up, get their base data ready in three areas—education, healthcare and public information. Though their scale is small currently — about two million data points, they plan to increase the accuracy of their recommender engine by increasing their scale of data — running it into terabytes rather than gigabytes.

While algorithms are able to effortless process large scale data, they may not work in all situations. During new product launches, there is no historical data. Hence assessing customer adoption has to start from scratch. Same goes for first-time visitors to a website. Algorithms are more adept in finding the general trends and give their recommendations accordingly, but that requires a base data to “learn” from, and there is always the chance (though lesser in practice) of customer behavior diverging from the usual norm. Thus, even in the case of stock markets, it’s difficult to predict the future based solely on past data. Hence one of the big limitations of an algorithm, is it cannot create intel by itself but only replicate by learning from existing data. But in any case, an algorithm will be better than a random solution.

The large online companies have already identified the recommender engine algorithms as the next front for competing on, and so they are either developing it in-house or buying related start-ups in the space. Professional networking site LinkedIn bought Pulse for $90 million in 2013, which helps determine the right target audience by analyzing the content by global influencers. It also bought B2B digital marketing company Bizo in August 2014 for $175 million to serve more relevant ads to its users. Google paid half a billion for an artificial intelligence startup called DeepMind, which builds learning algorithms for simulations, e-commerce and games. Ultimately, be it in e-commerce platforms or online advertising space, the next big step for all internet companies is to find what the buyers are looking for, before them asking for it. 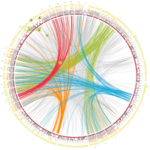 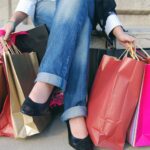 Buyer Behaviour and Data Science: The Influence to Buy