The pandemic dealt a mighty blow to physical retail, forcing global retailers to look at significantly strengthening their digital channels. India is emerging as a big beneficiary of all the technology work this entails.

US retailer Target is nearly doubling its headcount in Bengaluru to over 6,000. It has leased fresh space of 2.8 lakh sqft in Manyata Embassy Tech Park, sources told TOI.When TOI contacted the company spokesperson, she did not confirm the planned number, but said, “Target currently employs around 3,400 team members in Bengaluru and we’re committed to continued growth, with new positions in marketing, technology, finance, supply chain, in-house engineering and much more. Team members in India work on some of the most important strategies in retail, in service to Target and our guests.”

Walmart’s tech arm in India has added 2,000 employees in its Bengaluru centre and 800 people in Chennai over the past t year, taking the total strength to over 5,000. A Walmart Global Tech India spokesperson said the company is growing across Bengaluru, Chennai and Gurgaon.
“We are building a diverse workforce with a broad array of skills such as AI, ML, data sciences and across job functions including technology, product management, UX design, operations, HR and rewards,” she said.

JCPenney, which recently survived bankruptcy after Simon Property Group and Brookfield Asset Management agreed to buy the retailer for $1.8 billion, is also hiring technologists in Bengaluru. US home improvementLowe’s and L Brands, the parent company of Victoria’s Secret and Bath & Body Works, are hiringin India too.

Ankur Mittal, VP – technology & MD of Lowe’s India, said it has hired over 1,000 people this year, taking the total headcount to over 3,000. “And this number is expected to grow further in the coming year. The focus for us will be to continue building the capabilities and cutting-edge work that will help transform our parent company Lowe’s,” he said.

KS Viswanathan, VP of industry initiative at Nasscom, said there are 54 retail and consumer packaged goods GCCs in India employing over 50,000 people. “Half a ozen GCCs including Ikea and H&M were added in the last one year that shows that the Indian retail GCC story continues to gain traction as retailers are looking at real-time analytics, demand forecasting and last-minute fulfilment.”

Ikea’s centre in Bengaluru is expected to become bigger than its three other global business operations (GBO) centres in Poland, China, and the US that together employ about 1,000 employees. These other centres are largely regional hubs for shared services, focused on finance, procurement and HR operations.

Lalit Ahuja, founder and CEO of ANSR, a company that establishes and operates GCCs for global enterprises, said retailers don’t view the tech centres in India as an outpost. “It’s a mainstream enterprise. Indian GCCs have emerged as efficiently-run global distributed teams complementing their digital strategies. The GCC conversation has moved to relevancy and future-proofing of the retailers’ business focused on driving business outcomes. About 20 top retailers are expected to set up tech centres in India over the next two years,” he said.

ANSR has brought nearly 70 GCCs to India, including Wells Fargo, Target, Delta Airlines, PepsiCo,Lowe’s and Saks Fifth Avenue, with cumulative investments of $1.8 billion. They together employ over 70,000 people. 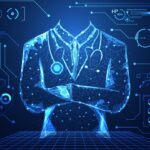 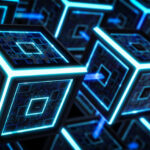