Firm has tied up with a private manufacturer that can produce 10,000 pieces a day. But Fesschain is now scouting for a suitable location in Noida to set up its own production unit

Homegrown blockchain technology company Fesschain is targetting almost 10 shipments of its smartphones in the next 6-12 months.

The company, which has recently entered mobile handset manufacturing, here today launched three models of its blockchain powered InBlock brand of smartphones in the Indian market.

Fesschain founder and global CEO Durga Prasad Tripathi said the new smartphones would be available for sale from January 1, 2021 in the offline and online formats.

“Our InBlock smartphones are the world’s first fully blockchain technology backed gadgets and in an affordable price range,” he told Business Standard adding the models were priced between Rs 4,999 and Rs 11,999 apiece.

Basically, blockchain is a decentralised digital ledger/archive to store successive transactions in a chronological order, which makes it virtually impossible to hack or manipulate the data for ulterior designs. This makes the underlying data secure and the processes transparent.

Currently, the company has tied up with a private manufacturing facility, which has the capacity to produce 10,000 pieces per day. However, Fesschain is now scouting for a suitable location in the Noida region to set up its own production unit in near future.

“We have not tied up with any leading ecommerce platforms, since they charge 18 per cent in margins, which we have decided to instead pass on to the customers by hawking our smartphones through our website apart from a UK based ecommerce portal,” Tripathi informed.

He informed Fesschain would also tap the export market, and the plans to set up a captive unit in the vicinity of upcoming Jewar International Airport, was part of the same strategy. The proposed plant is expected to be up and running by 2024-25.

“We are striving to make our smartphones fully localised and have so far spent 50-60 per cent of the funds generated by us on R&D,” he said adding Fesschain had earlier raised US$ 8.67 million in Series A funding. 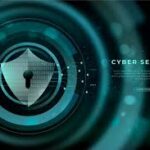